Life the Universe and Everything 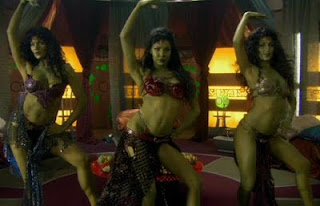 Got thinking today about extraterrestrial life.  That is, technically, life off of Earth.  So it could be on the Moon, Mars, in the asteroids, on Saturn's moon of Titan, or floating in the band of Jupiter's clouds where water is a liquid.

Extraterrestrial life does not have to mean little green men.  Or big, carnivorous, enslaving cat-like beings.  It could mean . . . bacteria-like life.  Or fungus.

Now here on Earth, we have found bacteria growing in places where we never, ever thought life could flourish: under the ocean where volcanic vents make the water over 200 degrees, under the ice in Antarctica, inside hot rocks.  These "extremophiles" can live, for example, where their environment is so acidic it will melt steel.

So if we have found life on Earth in places we never thought we could, why couldn't there be bacteriods out there in the universe?

Unfortunately, finding bacteria, while qualifying as life, isn't quite as exciting as Green Orion Slavegirls.  But it would be life.  Give it a few billion years and you'll have someone to talk to.

Now, that's another problem, how to communicate with a species that evolved completely separately from humans?
Posted by S. Evan Townsend at 9:30 AM