Today we welcome Voss Foster to our blog.

I’m so very grateful for you letting me share your blog space today.


I’m a music freak. I sing, I play trombone, and I belly dance. And then there’s the writing—every time I sit down to plan out a book, I put together a playlist. While the Tartaros playlist went the way of the floppy disk when my computer died, I did want to share some Tartaros sort of music with y’all. So, ten songs that I think speak on the themes, feelings, characters, or some other element of the book. 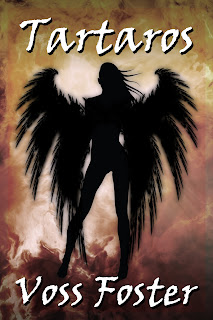 Blurb:
A demon hunter, Daniel Tartaros is sworn to slay the denizens of Hell and, for over a decade, he has. He’s kept the world, and his girlfriend, safe. But, one night, the demons cross the threshold to his home. His girlfriend is taken, possessed by a powerful demon. Too powerful for him.
But the horror increases when he finds out the truth: it’s not just a demon. Lilith, the Queen of Hell, bound herself into a human body to be with him. But, broken free and without the restraint of a human life, she still needs him, and plans to use all of her power to keep him. She’ll do what it takes to keep him, even if it means the end of life.
They should pull apart, should, by all means, abandon their relationship. But something powerful pushes them together, something so subtle neither notices until it’s too late to turn back. With Earth hanging by spider’s silk, the tiniest ripple from either Daniel or Lilith could send it swinging into the fires of destruction. 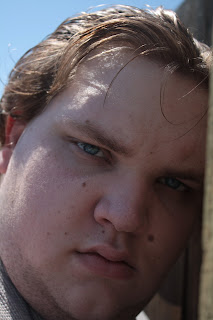 Voss Foster lives in the middle of the Eastern Washington desert, where he writes speculative fiction from inside a single-wide trailer. When he can be torn away from his keyboard, he can be found cooking, practicing photography, singing, playing trombone, and belly dancing, though rarely all at once. His first full length work, Tartaros, is out now through Prizm Books.
Blog: http://vossfoster.blogspot.com
Twitter: @VossFoster
Facebook: http://www.facebook.com/VossFoster
Google +: https://plus.google.com/u/0/103419943123239246170/posts?tab=XX
Tartaros Available Here: http://www.prizmbooks.com/zencart/index.php?main_page=product_info&cPath=6&products_id=48
Thank you, Voss!