I love word origins. Not sure why, but I'm always interested in how words are built from Latin, Greek, or other languages. It fascinates me.

For example, this is the Chinese character for "beautiful" or "beauty" (context matters in Chinese):

Boy, am I off my subject.

A while back I was watching Jeopardy (as I do most every weekday) and they had a question about an instrument with metal bars that you hit with a mallet. And I said "what is a xylophone" because I often call out answers. But the right answer was "glockenspiel." Then I got thinking, xylophones have wooden bars that you hit. And (since I have a Bachelor of Science in Forest Resources), I know that "xylum" refers to trees. So I googled xylophone and, sure enough, it is a combination of the Greek words "xylon" meaning wood and "phone" meaning sound. So xylophone means "wood sound" in Greek.

Another thing I love to do is learn new things. And I did!

Are you fascinated by words and their origins? Let me know in the comments below.
Posted by S. Evan Townsend at 6:00 AM No comments:

My Son's Cat, the Rebel

My son, who lives with me, has a rescue cat named Lily. She's a pretty cat and tolerates being cuddled reasonably well. I talked about her before.

But she has one trait that drives me nut: she scratches the carpet and sometimes the furniture. And she knows she's not supposed to do it because when you tell her to stop, she does, and when you see her, she looks guilty. We try to spray her with water whenever she scratches. And she looks at you, ducking her head as if to anticipate the spray.

So, obviously, she knows she's not supposed to scratch the carpet or the furniture. But she does it anyway.

And she has things to scratch on and we praise her when she does scratch them and not the carpet or furniture. Once, recently, she was scratch the carpet right next to her scratch pad.

I can't figure why she does what she knows she's not allowed to do. Why does she try to get away with it. Is it because at night when we're asleep, she can get away with it? My wife says she probably doesn't because she misbehaves to get out attention. But when we give her attention, she gets all aloof and acts like she doesn't like it.

She has other habits, too. She tries to open cupboards and go inside. We try to discourage that and we've resorted to baby locks on some of the cupboards with dangerous things in them (such as under the kitchen sink).

And, like a two-year-old child, you're just ready to strangle her, and she looks at you and does something cute.

Talking with other cat owners, this is apparently typical cat behavior.

Do you have an animal? Does it have a rebellious streak? Tell me about it in the comments below.
Posted by S. Evan Townsend at 6:00 AM No comments:

A while back I was watching Mission: Impossible (the 1996 movie version with Tom Cruise). And I started listening to the music and noting how it made the scene more exciting and tense. Okay, that's the job of a soundtrack, but this was the Mission: Impossible theme that was originally written in the 1960s for the television show. It was a bit updated, but was basically the same music.

When I was a kid in the 1960s (yes, I'm that old), I was obsessed with the Hawaii Five-O theme. So much so that my mother bought me the 45 rpm record of it (yes, I'm that old) and I played it constantly. I didn't watch the show much (my parents didn't allow it because it was "too adult") but I loved that music. Even today, it brings back feelings of impending excitement and adventure.

So a well-written piece of music can stand the test of time. But then again, music written in the 1700s is still powerful and evocative today.

How does music affect you? Let me know in the comments below.
Posted by S. Evan Townsend at 6:00 AM No comments:

Email ThisBlogThis!Share to TwitterShare to FacebookShare to Pinterest
Labels: movies and television, music

I did a guest blog post on Marcia's Book Talk Blog. Check it out here.
Posted by S. Evan Townsend at 11:06 AM No comments:

Email ThisBlogThis!Share to TwitterShare to FacebookShare to Pinterest
Labels: blogging

When I was about four or five years old, I ran away from home. I remember doing it at least twice, once from the house and once in the downtown of the small town I lived in. My parents wisely said, "Better take a sandwich; you might get hungry" and let me go.

The first time I ran away (from the house), I stopped at a gas station and watched the goings on there. That's where my parents found me. The second time (downtown) some friends of my parents found me walking down the sidewalk and returned me to my parents, shocked that they would let me just run away like that.

But, my parents knew I'd come home when I got hungry. Or tired. Or bored.

The problem is for me lo these many years later, is I have no idea why I felt the need to run away. At the time I thought, perhaps, it was required. Maybe I saw something on television. I don't know. I sort of felt as if it were my duty to run away. I don't know. It's strange. Who can know the mind of a four or five year old?

Did you do anything as a child you have no idea why you did it? Let me know in the comments below.
Posted by S. Evan Townsend at 6:00 AM No comments: 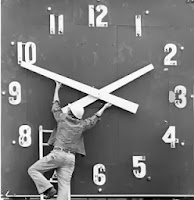 By now you should be over your headache/hangover from New Years Eve.

Welcome to 2020. This is the year the move Pacific Rim is set. Also Edge of Tomorrow. Those were both surprisingly good films.

If you're young, you have no conception of how fast time moves when you're older. I changed my career nine years ago by becoming a freelance writer and author. Nine years! It's flown by.

So, for 2020 I plan to keep on doing what I'm doing. And enjoy life as much as I can. Unless monsters come out of the sea or aliens invade.

What are your plans for 2020? Let me know in the comments below.

I'd like to wish you all a very Happy New Year.

But it's an election year, so...never mind.
Posted by S. Evan Townsend at 6:00 AM No comments: