I Don't Want to Retire!

When I quit the corporate world at the end of 2010 (wow, almost ten  years ago), my therapist said "Don't call it retirement, call it a career change." He said that because he knew that I was planning to write, and I hoped to do freelance writing and fiction writing (which I have done and still do since then).

When I didn't have my computer for two weeks, it was almost like being retired. I spent the day mostly watching television and reading. And I hated it. Well, not the reading, but the lack of work just drove me nuts.

I wanted to travel when I had my career change, but then health issues popped up and now I can't travel except where I can drive. Luckily, my grandson is within driving distance.

But retirement would be boring. Absolutely boring. Again, if I could travel, say go to Europe or Asia, that would be different. But because of health problems, I can't.

So I'm going to keep writing for as long as I can. Or at least until I get bored with it, which I haven't so far.

What do you plan to do when you retire. Or will you retire? Let me know in the comments below.
Posted by S. Evan Townsend at 6:00 AM No comments:

The other day I was thinking about movies and specifically, all the great movies that came out in the 1980s.

For example, just off the top of my head:

I remember spending a lot of the 80s standing in movie lines.

And I remember thinking that this kind of thing would continue. But it didn't. It seemed the 80s were a golden age of movies. And 1982 especially. The 1990s just didn't have all the good movies that the 80s had. There was Star Trek VI: The Undiscovered Country but then we went into the ST:TNG movies and only First Contact was good. Toy Story came out in 1994 and Toy Story 2 in 1999. But that still doesn't live up to the 80s.

And the 2000s only gave us the Lord of the Rings movies, pretty much. Don't get me wrong, I loved the LOTR movies. But that's all I really remember about the 2000.

Can you think of any movies I'm missing? Were you old enough to enjoy the 1980s? Do you think I'm crazy and other decades had more good movies? Let me know in the comments below. 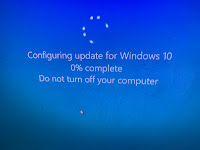 So one day (a Friday) I got a notice to reboot my computer (a Dell laptop) to fix a disc problem. This worried me a bit. But I dutifully did it. And then my computer refused to boot. I asked a friend what I should do (he works with computers) and he recommended someone for me to look at it (I forgot that the computer was still under warranty; it's only 18 months old).

The guy worked on it for two full weeks. During which time I watched a lot of TV, mostly nature shows on Disney+ (my son's cat seemed to like them). I thought "is this what it's like to be retired; it sucks." I also had a freelance deadline during those two weeks so I borrowed my wife's computer. Luckily everything I needed was on email.

I finally got my computer back and had to download my backup (which thankfully had been working on Windows 10). Then set up everything as I liked it, turn off all the Windows defaults I don't like, download software including Office.

Then on Sunday after I got the computer back, it wanted to update. So I let it and then it wanted to reboot to continue the update. That reboot literally took all day, then got stuck at 90%. It was a 90% for a couple of hours (I was watching Night Court on TV which I never watched in first run and is really funny). Under advice of my son and Google, I shut off the computer and turned it back on. It seemed to work fine.

Until a few days ago when I asked for another update/reboot. So I did it. And it took about 6 hours. I got zero work done (I watched Star Trek: The Next Generation season one, which isn't that bad if you go in with low expectations). I took the picture above during the last update. It stayed at 0% for quite a while before I gave up and went and watched ST:TNG.

Then, after that update finally got done sometime in the afternoon, I checked for updates again. And it  had some, one of which required a reboot. So I rebooted and left the computer until morning. And it worked!

So now I'm hoping for no more problems. People tell me I could get a Mac so I wouldn't have these issues. But I don't want to learn a new OS.

What do you think? Should I buy a Mac next time? Or stick with PC and if so, which brand? I've had good luck with Dell computers but this one is driving me mad. Let me know in the comments below.

(Oh, and my iPhone decided to die Tuesday. I get the replacement today. Fun times.)
Posted by S. Evan Townsend at 6:00 AM No comments: 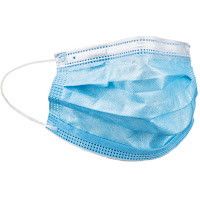 We're all supposed to be wearing masks to help stop the spread of COVID-19. I hate wearing a mask, personally. It makes it hard to breathe with my COPD. I try to avoid situations were I have to wear a mask, such as leaving the house.

As a writer, I'm also a people watcher. But the masks make it hard to people watch because you only see half the face. And I just find that frustrating. You really can't see how a person is reacting or talking without seeing their whole face. And when it comes to pretty women, I find myself thinking "I'd like to see her without a mask." I undress her face with my eyes, so to speak.

I don't know how long this mask thing is going to last (and it varies by jurisdiction, I know). I once read a very old science fiction story where everyone wore face-covering masks. And I keep thinking we might be headed in that direction. I hope not.

How do you feel about the masks? Do you hate them or tolerate them (I don't think anyone likes them). Let me know it the comments below.
Posted by S. Evan Townsend at 6:00 AM No comments: