When the list of Best Picture nominees comes out for the Academy Awards, I like to look and see how many of the movies I've actually seen. When the list first came out there was one: Dune. And I think that was put on the list only in hopes of increasing viewership of the ceremony on TV. Now I've seen a second nominee, and that's Belfast. It didn't win.

I went into Belfast thinking it'll be one of those good but not really enjoyable movies. I saw it was rated PG-13 so I figured the violence couldn't be too bad.

I was pleasantly surprised. Yes, it's about the "Troubles" in North Ireland in the sixties, but it's told from the perspective of an nine-year-old boy, Buddy. I believe the movie is at least semi-autobiographical by producer/writer/director Kenneth Branagh. It has humor and sweetness and danger and heroics by everyday folk. Despite two F-bombs, it's a movie you could show your great-aunt. You know, the church lady.

Judi Dench does a remarkable job as Buddy's grandmother. His parents, while they do fight, are obviously in love. Interestingly, Buddy's father is played by Jamie Dornan, who's best known for the Fifty Shades of Grey movies.

I really enjoyed this film. And that surprised me.

Have you seen Belfast? What did you think? Let me know in the comments below. 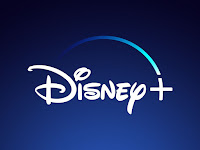 A week ago (about) my smart TV said the Disney+ app (I guess that's the right word) needed updated. So I updated it. I don't use Roku or Fire Stick or anything because the apps are built into the television. Which is cool.

When I opened the app, it immediately asked if I wanted to be able to see TV-MA content. I'm an adult, so I selected "yes." I then had to put in my password (which took two attempts) and then I could see TV-MA content.

So, now the only reason I could think about keeping Netflix streaming was for Stranger Things which is supposed to have a fourth season eventually. So I canceled my Netflix streaming service which will save me $20 a month. I still am on the Netflix/DVD.com DVD/Blu-ray service because that's how I watch new releases since I rarely go to the theater anymore.

So now I only have Disney+ and Paramount+ (for Star Trek shows, mostly) and Amazon Prime streaming services. I also still have Dish for television programing.

What streaming services do  you use? Do you think I'm nuts to cancel Netflix? Let me know in the comments below.

I know Hawkeye first streamed on Disney+ a while back (around Christmastime I think). I didn't get around to watching it until recently (I was finishing up The Expanse). Also, I was a little nervous about Hawkeye after The Falcon and the Winter Soldier went political.

But Hawkeye is great fun. Lots of action and adventure and zero politics. A few twists and surprises, too. And if you've watched Daredevil on Netflix, there's a surprise for you, too (no spoilers).

The thing I liked about Clint Barton/Hawkeye was his concern about his family. Until circumstances forced him to separate from them at Christmastime, he was all about his kids and wife.

Hailee Steinfeld plays Kate Bishop and she's not only beautiful, but a fun character. You may remember Ms. Steinfeld from True Grit and Bumblebee. She's a talent and has a bright future ahead of her.

I really liked Hawkeye. More than I expected to. It's mostly fun. And the "Rogers, the Musical" part is hilarious (don't worry, that's early in the first episode). If you have Disney+, I strongly recommend Hawkeye.

"It reads like a novel" is often a compliment given to non-fiction books. But Brad Meltzer (with Josh Mensch) writes a book that while as readable as a novel, knows that it's history. Characters move in and you wonder what their role is, and later you find out. You learn about the early days of the American Revolution and what it was like for Washington and his soldiers (it wasn't fun). And you learn about the conspiracy and how it formed and who was behind it.

The only issue I had with the book is the authors over-sell it a bit. It's an interesting story but it ended rather mundanely as the plot fell apart due to the actions of the revolutionaries. I did learn that John Jay, (the first Chief Justice of the United States) was involved in intelligence for Washington. And that because of this plot, Washington learned he needed not only intelligence, but counter-intelligence.

If you're interested in history, especially of the Revolutionary War period in the United States, I highly recommend this book.

Life, the Universe, and Everything 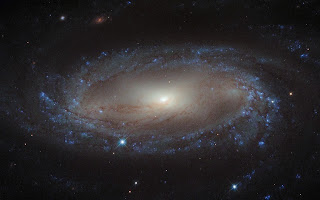 The other day (like a month ago) I was thinking about life. Not how life as a human on Earth tends to be a constant struggle. But is there life elsewhere in the galaxy or maybe even the solar system?

I would be surprised if there's not life somewhere in the galaxy. Intelligent life? Maybe. But definitely life.

If we do meet aliens, they are either going to be cavemen or god-like beings to us. Why? The universe is 13.8 billion years old. Now, it wasn't capable of forming and sustaining life for all that time (it was too hot, there weren't enough heavy metals, etc.). According to this article, life was probably able to form in the universe for the past few billions of years.

Humans have been around for only about 100,000 years (and for about 90,000 of those years we, too, were cavemen). So if we meet aliens, they are likely to be hundreds of thousands if not millions of years more advanced than we. Or be cavemen.

But life doesn't have to be intelligent. And there's where it gets interesting. On Earth, we have found life nearly everywhere. There's life in coldest Antarctica. There's life around thermal vents in the ocean where the water would boil if it weren't for the crushing pressures. These "extremophiles" live in places were temperature, pH (acidity or alkalinity), pressure, radiation, salinity, energy, and nutrient limitation would kill most organisms.

So if there's life in places we can't fathom on Earth, what about off of our planet. Most scientist cite Europa (a moon of Jupiter) or Enceladus (the largest moon of Saturn) as places off Earth but in our solar system where life could exist. There's even speculation about Titan (another moon of Saturn) which has methane seas and water ice mountains. Someday, maybe, we'll find this life with robotic probes. Probably not in my lifetime.

What do you think about life off of Earth. Does it exist and, if so, in what form? Let me know what you think in the comments below.