Having Mexican on Sunday night. 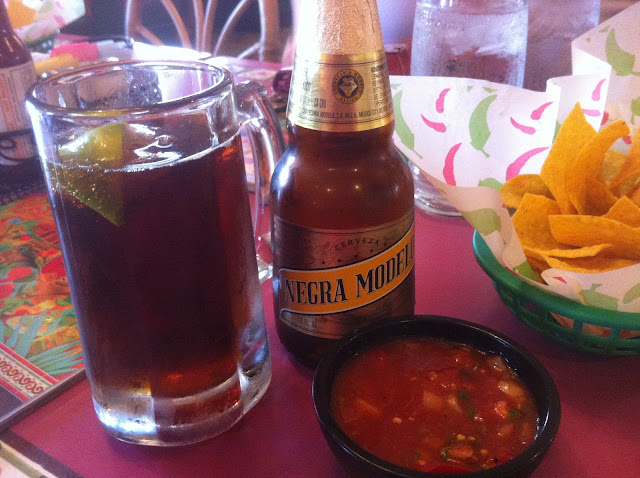 Posted by S. Evan Townsend at 6:08 PM No comments:

Email ThisBlogThis!Share to TwitterShare to FacebookShare to Pinterest
Labels: Food

Today's Sunday Six from Chapter Thirteen of Agent of Artifice:

I expected it, but I didn't expect this."
The pterodactyl screeched just then and I was surprised the car's windows didn't shatter.  My insides sure felt like mush.
"Do any good if I shoot it?" Zack asked, looking intently out the windshield as he gripped the steering wheel.
"Maybe get it mad."
"It's not mad now?"

Posted by S. Evan Townsend at 8:00 AM No comments:

Since this is my blog, I guess I'll elate here about the University of Washington Huskies (Go Dawgs!) beating #8 Stanford last night in a very defensive game.  It was a classic come-from-behind moment with no bad referee calls, and very few mistakes.  Stanford made a critical error right at the end with an offsides giving Washington a first down that ended the game, but other than that, it was a very clean game.  Stanford got three (I think) delay of game penalties due in no small part to a crowd that was in the game until the end, even when it looked as if Stanford was going to win it after an interception ran in for a touchdown.  As the announcers kept saying, Washington hasn't beaten a top-ten team in three years (USC, I was at that game).

Next week, Oregon (#2 as of today) in Oregon.  That'll be an even tougher game.  Maybe by then the front line will learn how to protect quarterback Keith Price.  Can only hope!
Posted by S. Evan Townsend at 11:06 AM No comments:

Hey, everybody, follow me on Twitter at @SEvanTownsend.
Posted by S. Evan Townsend at 6:08 PM No comments:

Welcome to my new blog!

This is my new blog!  I've switched all links and RSS feeds from my old blog to this blog.  I have pages (to the right) about my books.  And in a little while I'll turn off the old blog.  This blog is free whereas I paid for the other one.  I'm not much of a blogger anyway.  Don't have much to say, I guess.

Well, look for more to come.
Posted by S. Evan Townsend at 3:49 PM No comments:

Today's Sunday Six From Chapter Twelve of Agent of Artifice.


"What do you want?" I asked, spraying reddish spittle on the carpet.
"Simple.  Everything you know about the CIA's network in Cuba.  You think we don't know about the CIA's adept, codename HOUDINI?"  He gave me another jolt of pain and then I felt better again.  "Let's start with the name of your contact."

Posted by S. Evan Townsend at 7:36 AM No comments:

And on my first post on this blog I forgot to put a title!  How about a picture, too: 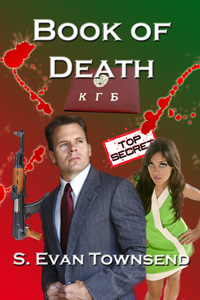 That's cool.  Can I embed the picture in the text?  Have to learn how.  Oh well.  We'll learn eventually.﻿
Posted by S. Evan Townsend at 12:20 PM No comments:

Email ThisBlogThis!Share to TwitterShare to FacebookShare to Pinterest
I'm seriously thinking of making this my only and my permanent blog.  Why?  Because I'm not blogging at my old blog anymore so why pay to have a blog I'm not using?  But I need to get this blog up and running, first.  Which means . . . learning curve.
Posted by S. Evan Townsend at 12:17 PM No comments: