A while back I read an article by a guy who lives in New York City celebrating all that could be had on the block he lived on. There were restaurants and shopping and grocery stores and little mom-and-pop businesses. And he could walk to all of them. And, of course, the next block over, not very far away, were more delectations of city life. Anything he couldn't walk to there were, of course, the subway, buses, or taxis.

He owns a car, but he keeps it at his country house (the guy's a successful non-fiction writer) where it was needed.

And it made me think about the block I live on which I suspect is bigger than his block (it's one mile in circumference). And on my block there are...houses.

I live in a subdivision outside a small town. There are farms a few streets over and there the blocks tend to be one-mile by one-mile squares. People who live out there are miles from their nearest neighbor, sometimes.

The nearest store of any kind to my house is three miles away and it's a gas station/convenience store. The nearest grocery store is probably closer to six miles away. And those farmers, try twenty or so miles to the nearest store.

What about public transportation? There is a bus system, but it's very limited and doesn't serve rural

Anything exotic is probably more like 70 to 100 miles away in larger towns/cities. Such as good sushi.

And we need reasonably-priced gasoline while you're at it.

Now I like cars. But cars are also necessary tools in rural areas. And I think some policy makers from large cities don't understand that.

Posted by S. Evan Townsend at 7:00 AM No comments:

Time once again for the thirty-day blogging challenge that I'm doing over approximately thirty weeks (I am skipping some). The penultimate prompt is "Something/someone that inspires you." Well, I already covered this earlier. So we'll skip that one and go to the last prompt: "A letter so someone. Anyone."

Of course, the fact I can write for a living has to do with my twenty years working hard in the corporate world, where I did not fit in very well. The corporate world wants creativity in some areas and conformity in all others. Not a good combination, especially for me, a born rebel. But if I had to live off what I make writing, I would be living in a cardboard box.

So, you naysayers, go away. Let me write. Let me live my life as I wish. 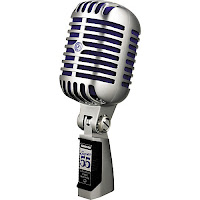 So check it out on the Horrible Writing podcast.
Posted by S. Evan Townsend at 10:29 AM No comments:

Time once again for the thirty-day blogging challenge that I'm doing in about thirty weeks. Getting close to the end. And today's prompt is: "Something/someone that you miss."

There was this barista at Starbucks who quit...

My maternal grandmother died in the 1980s (I don't remember the exact year, but I'm thinking 1985, "the year of funerals" because that's also the year my mother-in-law died). But I think about her every day, nearly. We were very close. I named my oldest son "Owen" because her maiden name was Owen (her father was Owen Jones Owen).

When I get out of the shower, I turn off the light in the shower even though I'm still pretty wet. I can hear my grandma saying "don't do that!" She was always worried about electricity. I wondered if that was because she didn't have it when she was growing up so it was novel to her. I don't know. I should ask my mother about that. My mother has told me that when she was a little girl their phone number was "7."

My grandma wasn't physically affectionate. I'd sort of have to insist on hugs. But we were still close. She lived with us for a time when I was almost a teenager. She would sit by the window for hours, just looking out. My mother said she was praying.

So I miss grandma, still.

Something I miss? I miss driving on the racetrack. I would do it except for the expense and I don't think it would be good with my health issues.

I have just watched the first season of The Americans on Blu-Ray from Netflix. And my first impression is that it is a very well-made program.

The Americans is about KGB spies in the United States in the eighties. They pose as a married couple (so much so they have children together) who work at a travel agency. But they spend most of their time trying to gather intelligence or turn people to spy for them. Keri Russell, who is always gorgeous, plays the woman and Matthew Ryes plays her "husband."

The show is interesting in that it has you rooting for the bad guys, sort of like The Sopranos and Breaking Bad did. You don't want these Soviet spies to get caught. But then again, you don't want them to succeed. Since it's set in the 80s, you know that they don't.

Their neighbor is an FBI agent who, ironically, is looking for Soviet spies. That adds a bit of tension. He also turns a Russian who works in the Soviet Embassy in D.C. That doesn't go exactly as he planned.

One thing I'm surprised about is how often they use sex to get what they want. But I suspect that's pretty accurate. It's also interesting to see the reactions of the spies to events. For example, when President Reagan was shot, they thought it might be a coup. At times you have to remind yourself that you're watching fiction, not a documentary.

One thing that does bother me is they talk about the Strategic Defense Initiative (SDI or "Star Wars") too early, in my opinion. Long before Reagan gave his speech about it, in any case.

The Americans is fast-paced, interesting, and often exciting. If you like watching the cat and mouse games of intelligence rivals (and apparently, I do), you'll enjoy this show.  Its final (and sixth) season starts March 28th. I'm really looking forward to watching all of it.
Posted by S. Evan Townsend at 2:47 PM No comments:

Back to the thirty day blogging challenge that I'm doing over about thirty weeks (because I've skipped some).

Today's prompt is: "If you could have any super power, what would it be?"

Well, as I explained here, I'd really like to be able to fly. Like Superman. Up, up, and away!

I've never been a big fan of superheros (despite my watching the Netflix/Marvel series) and never been a fan of comics. But, boy, would I like to fly.

It's interesting. When I was a kid, I would dream about flying. It was like swimming through the air (and just as slow). But I could float in the air and move as if I was swimming under water. I would also swoop down toward the ground then fly upward at the last moment. I think I last had those dreams when I was in junior high school (what they now call "middle school"). So I would have been 12 or 13. And then I stopped having those dreams. I don't know why.

But I'd really like to be able to fly. When I was a kid I wanted to be a pilot. By my bad eyesight ruined that. Then it was no money, then it was no time. Now I have no motivation to learn the complexities of flying privately.

Back to the 30-day blogging challenge that I'm doing over 30 (about) weeks.

The next prompt is "Weird things you do when alone."

Well, the reason I do them when I'm alone is because I want to keep them private. Seems logical.

When I'm alone, I talk to my son's cat, Lily. But I do that when I'm not alone, too. We discuss metaphysical subjects, like if a rattly ball is as fun as my iPhone earbuds to play with.

I google random stuff to see what comes up. This is sort of like when I was a kid and I read the encyclopedia for fun.

Probably the weirdest thing I do when I'm alone is writing. I know, I know, as Robert Heinlein said:


"Writing is not necessarily something to be ashamed of, but do it in private and wash your hands afterwards."

So those are the weird things I do when alone. How about you? Anything you'll admit to? Let me know in the comments below.
Posted by S. Evan Townsend at 6:00 AM No comments: