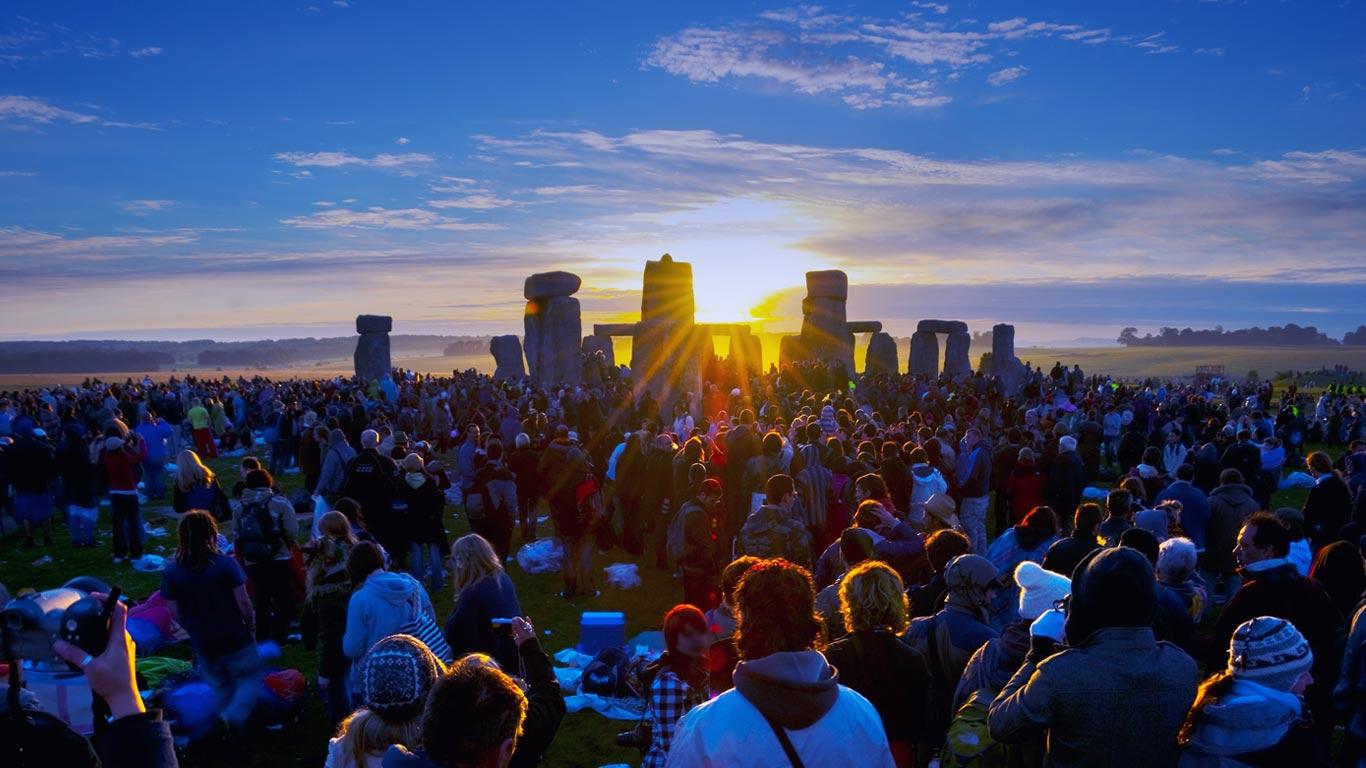 Today as I write this, it is the day of the Summer Solstice. The word solstice basically means "sun stopping" or "sun standing." It is like the word armistice has the same Latin root and means "arms standing."

A solstice is not a day. It is the time that the Sun reaches it's most northern (summer) or southern (winter) point. The Sun is directly overhead of the Tropic of Cancer in the Northern Hemisphere during the Summer Solstice.

For some reason, pagans like to dance at Stonehenge today. Not quite sure why. As if an astrological event can affect people's lives on Earth.

People mistakenly called the day of the Summer Solstice "the longest day of the year" when what they mean is it's the longest daylight of the year. Where I live, sunrise was at 5:01 this morning and sunset will be at 8:56 this evening. That's 15 hours and 55 minutes of the sun being up (if my math is correct).

When someone says "It's the longest day of the year" I usually add sardonically "Yep, 25 hours."