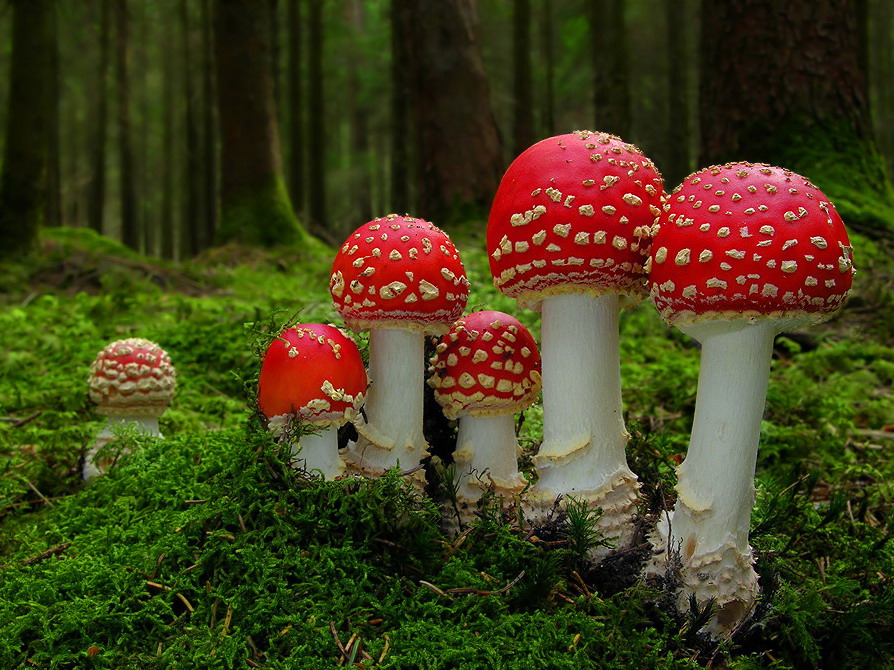 Why did it have to be mushrooms?

I trudged over the bridge toward the forest.  Mushrooms grew under trees, in the shade where it's wet and dark.

Wet and dark.  Like my soul.  Yes, my soul is wet.  It's inside me, with all the blood and lymphatic fluid and oozing things.  And dark because of the awful things I've had to do.

Did I mention the aliens?

For years anyone with an IQ over room temperature knew that UFOs were not alien visitors but weather balloons, stars, Venus, drunken redneck imagination.  After all, if they expended all the energy and resources to travel interstellar distances, they weren't going to anally probe a few farmers.  They couldn't be that hard up for dates.

But we were wrong, all us smart people.  They were scouts of the invasion, probing our weaknesses along  with those anuses.  Until they day this landed in Gary Indiana and said, "All your bases are belonging to us."  They'd seen that so often on the internet they thought it was how you declared ultimate victory.

And the short but decisive battle lasted almost a day, killed about a million humans, and established the aliens as overlords.

And mushrooms.  Why they sent me, personally, to get them, I din't know.  It was the red ones with white pokadots, like danced in that Disney cartoon.  They grew in Europe, not America.  I flew over, my helicopter dropped me off at the edge of the woods, and I walked in to get mushrooms.

The alien was standing there.  What did he look like.  He looked like every picture you've seen of an alien: small hairless body, big head, big black eyes, slit mouth.

I was surprised.  This didn't  seem their style.  "Hello, oh masterful overlord," I replied.

"We sent you on this quest so we could talk to you alone," it said.

"Yes, your most majestic highness."  I was confused but I'd learned not to question their orders.

"Yeah, true, but you got 7 billion left and at the rate you people reproduce you'll soon have that million back.  So no big deal.  We're leaving now."

"Yeah, so you can go back to working at McDonalds."

"They're gonna kill me," I said.  "They already burn me in effigy."  The things I did at the orders of the alien overlords.

He beamed up. Yeah, just like on Star Trek

There were mushrooms on the ground behind where he stood.  I hear they are quite psychedelic.  I ate every one of them.