WIP Not in P 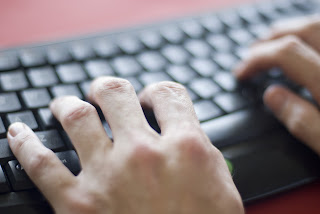 Been working on this WIP (Work in Progress) for, well, almost 25 years.  Circa 1988 I thought up this little scene where a private detective is in his office, his secretary in the antechamber, when: "Rose buzzed.  She did that when she was annoyed, her carapace and wings oscillating in a frequency that cut through the skull."

Later (circa 2003) I started writing a story around that (on an airplane, I remember).  I've written just under 10,000 words (including some today) and I have no idea where to go with it.  I'm trying to do a Dashiell Hammett novel in space/the future.  (Hammett wrote The Maltese Falcon which the movie by the same name starring Humphrey Bogart was based.)  Being a hard-boiled detective novel, it needs a cynical yet honorable hero (check), it needs mystery (check, even I can't figure out what's going on), it needs plot twists and turns (not yet), and it needs style (I'm working on that).

The other problem is an idea I have involving a black hole.  But the math and physics are kicking my butt.  I'm hoping if I can solve those problems (and I found someone who's volunteered to help), that'll let me plot out the rest of the novel.  But maybe not.  It's frustrating.  I'm going on a writers' retreat tomorrow with the local writers' group.  Maybe the lack of distraction will get me to write.  Or maybe I'll stare at my blinking cursor for three days.  Dunno.  But my WIP is not Progressing much at this point.
Posted by S. Evan Townsend at 3:43 PM