Last night I watched Gangster Squad on Blu-ray.  On Tuesday I watched Jack Reacher (it's a two-movie week per my method of keeping Netflix from "throttling" me).

Both movies were crime dramas but they were vastly different films.

Jack Reacher is set in modern times.  It has twists and turns and is well made and well written (I understand it's based on a book).  It stars Tom Cruise who also produced.  The biggest problem I had was Tom Cruise being an amazing hand-to-hand fighter.  He's a small guy and doesn't come off as being that tough.  He suits his Mission Impossible role better (smart guy, tough enough when needed).  But in this film his character fights off five guys at one point.  I was starting to get a little unhappy with the plot as it was starting to look like "evil corporation" but instead it was evil guy doing his bad stuff through a corporation.  Yes, there's a difference. And Reacher's backstory as explained in the movie is a bit incredible. On Netflix I gave it three stars.  I would have given it 3.5 but there's no option for that.  I understand there's more books so there may be more movies.

(And I like Tom Cruise and have ever since Risky Business.  I don't know why people give him so much crap and say he's gay. I don't care if he's gay but I doubt he got all those beautiful women to marry him being gay.) 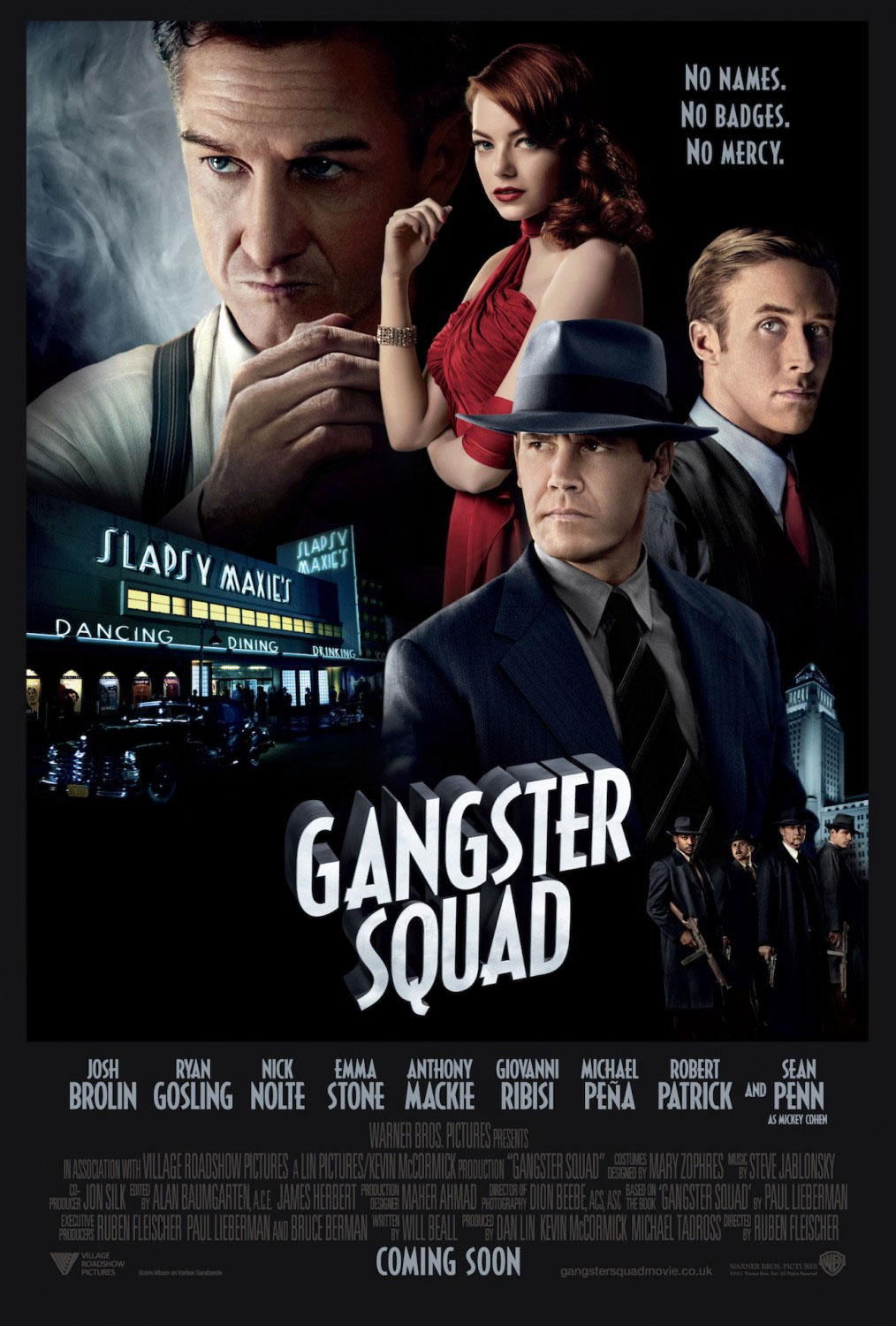 Despite its low Rotten Tomatoes score, I also got Gangster Squad.  Mostly because it looked fun (and I like Emma Stone).  And I love 1940s women's fashions and Stone looked amazing in this movie.  But the focus of the movie was action.  It's set in Los Angeles in 1949 when the chief of police had a cop set up a squad to go after a mobster.  Lots of gunfights, actions, explosions, a bit of gratuitous blood (it was rated R, Jack Reacher, the better movie, was rated PG-13).

The problem with Gangster Squad was some stilted dialogue, implausible events, and almost no character development.  It was like eye candy (or watching Emma Stone in that red dress), fun but not ultimately satisfying.  I gave it three starts on Netflix but I would have given it 2.5 but that's not an option.

At the beginning of Gangster Squad it says "Inspired by true events" and then according to the "goofs" section of the Internet Movie Database page on the movie, it pretty much got nothing right except the names and dates.  By that standard I could say Hammer of Thor is "inspired by true events" because World War II actually happened.

And I decided Ryan Gosling could play Michael Vaughan, the hero of Agent of Artifice, in the movie version.  If there ever is a movie version.
Posted by S. Evan Townsend at 1:05 PM

Email ThisBlogThis!Share to TwitterShare to FacebookShare to Pinterest
Labels: Agent of Artifice, Hammer of Thor, movies and television