Today on a Speculative Fiction Cantina replay, we are proud to welcome writers Wesley Thomas and John Pyka.

Wesley Thomas is a bestselling horror author, freelance writer, business owner, and avid blogger. His obsession with all things horror has led many of his short horror stories to be published in anthologies, magazines, e-zines, and on popular websites. He strives to scare, thrill, and entertain. 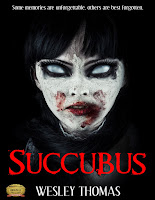 Where Does Crazy Start?

For over 20 years John Pyka has set himself apart as an entertainer with his patented fusion of magic, music, and larger than life characters!

John Pyka is best known for his work onstage as a new vintage variety artist, fusing music and magic with comedy and dance in a 1920s – 1940s style in what is described as “Dieselpunk.” He can be seen performing in theaters, at festivals and conventions around the country.

He is also the author of 4 books on magic, including the best-seller Theatrical Magic. His first novel, Tales From the Flip-Side is published by Pro Se Press and available wherever books are sold – also available as an audiobook!

Tales From The Flip-Side