There are Still Nice People Out There. 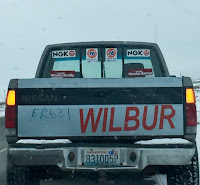 Yesterday my wife and I were going to Pasco, Washington, to interview someone for a freelance story I am writing. About five miles north of Pasco on Highway 395, we got a flat tire. The outside temperature according to the car was 5 degrees and that was without the windchill. And the wind was blowing hard. I thought I didn't want to change a tire in below zero windchill. So I called AAA. They said it could take up to two hours for them to get there. I settled in for the wait.

About five minutes after getting off the phone with AAA, a small pickup stops in front of us, turns on his emergency flashers, and backs up. Out comes a young man dressed warmly carrying one of those crossed tire irons and a jack. He came up to the window and asked if we needed help. I said we did. I got out of the car and opened the trunk, got out the temporary spare and the lug wrench (none of the ones on his tire iron fit). He jacked up the car, took off the tire. I put the flat tire in the trunk and by then he had the spare on and was tightening the lug bolts. He lowered the car. I offered him money but he wouldn't take it. He got in his pickup and drove off. I never even got his name. It was too cold for conversation.

My wife took a picture of his pickup (above). I have no idea who this guy was. But I want to thank him for his help. There are still nice people out there.
Posted by S. Evan Townsend at 3:07 PM