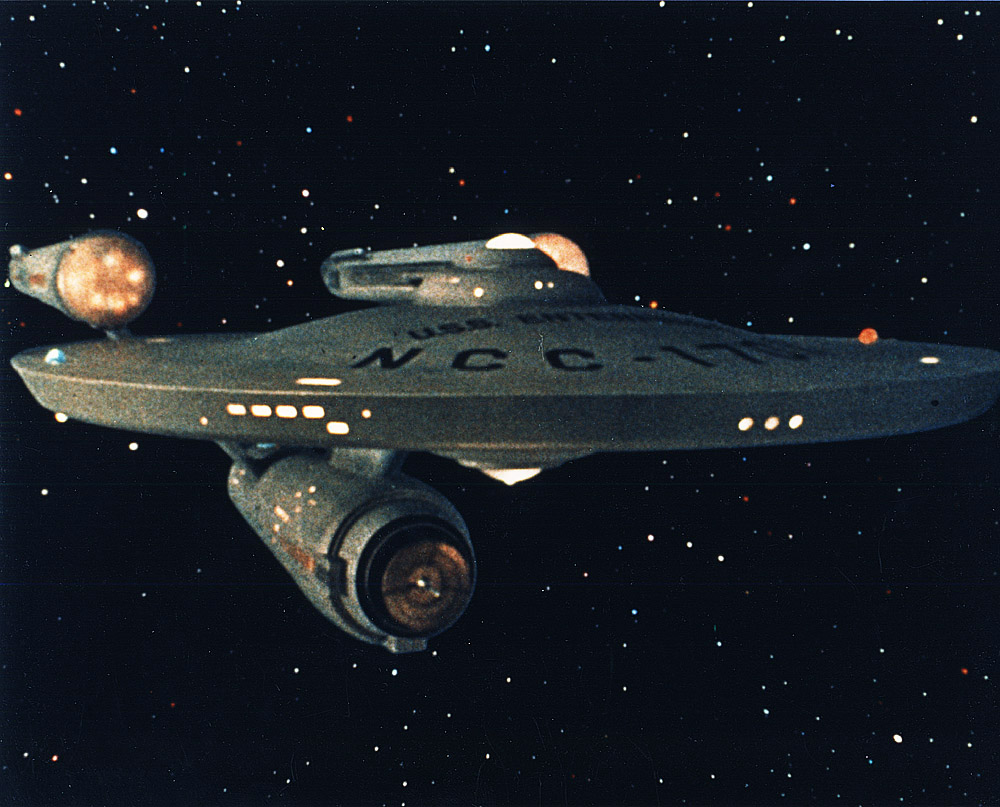 In honor of Star Trek's fiftieth anniversary, I watched all 69 episodes of the original series plus the first pilot, "The Cage." I finished Monday.

I watched them on Netflix and those versions have new special effects that I address here. Now I want to talk about the show.

In the Futurama "Star Trek" episode (which every fan of Star Trek has to see) Fry says "You know, sixty-nine episodes, about thirty good ones." Which is so very true. Especially since the third season was, with new producer Fred Freiberger, full of stinkers. (Freiberger later did the same vandalism to the last season of Space 1999.) There are only two good episodes in the third season: "The Enterprise Incident" and "The Tholian Web." And two of the worst episodes ("Spock's Brain" and "Turnabout Intruder") are in the third season.

Watching the original Star Trek, which was made in the 1960s, I'm surprised at the sexism. For a show that broke racial boundaries, it was still stuck in the 60s as far as sex goes.

But another thing that surprises me is that from this beginning, Star Trek has lasted 50 years and spawned four other series (if I counted right), and thirteen movies (if I counted right). And CBS is starting a new Star Trek series. They will show the first episode on broadcast but to see the rest you have to buy their streaming service. Which sucks. But I'm surprised because Star Trek is not that good. Clunky episodes, uneven writing, awful special effects (cheesy even by the standards of the day). I guess we were all so thirsty for science fiction, any science fiction, that we embraced what was really a pretty mediocre show.

I'm glad I revisited Star Trek. I hadn't watching these episodes since I was a teenager and would watch them when I got home from school on my family's Zenith. But even then I learned to identify third season episodes (blue opening credits) and know this wasn't going to be the best episodes.

I'm glad Star Trek spawned all the entertainment is has (even if I don't care for the J.J. Abrams reboot). I'm just surprised it did.
Posted by S. Evan Townsend at 7:00 AM