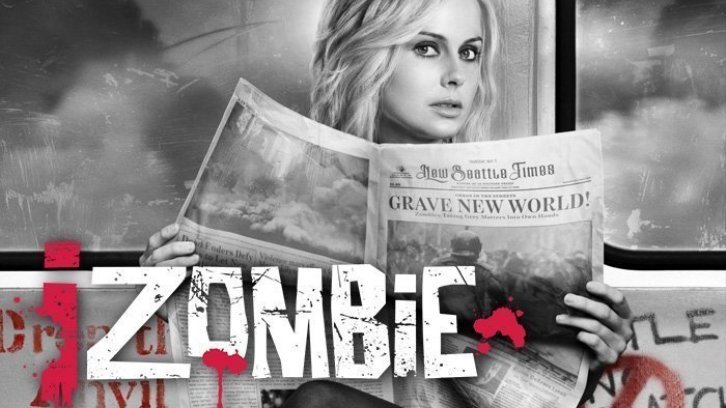 I have watched the first season (of three, so far, with a fourth coming) of the show iZombie.

The premise of the show is that a medical student is turned into a zombie and she has to eat brains to be high-functioning (my term). So she works in the medical examiners' office where she has access to the brains of the bodies brought in. As a side benefit, she sees visions from the dead person's life (not always a good thing) and helps the police solve the murders that way. Only her boss (at first) knows she's a zombie.

Here are my thoughts.

First of all it's set in Seattle but filmed in Vancouver, B.C. (this is to save money). They get Seattle culture/geography down pretty well. although they use "U-Dub" for the University of Washington too much. At first I thought they messed up the police cars. Seattle police cars used to be blue. But apparently, Seattle has gone to traditional black and white and that's what the cars look like in the show.

The show is very well written. The writing is clever and delivered well by talented actors. The show started out sort of whimsical and then got darker as the season progressed. The last episode is really dark.

Rose McIver does a very good job in the lead role as Liv Moore (get it?). She takes on the personalities of the persons whose brains she eats, so each week she has to have a new personality. It's fun to watch.

My biggest complaint is I get so tired of the "evil corporation" trope. Why isn't there ever an evil welfare office, trapping people in poverty so the bureaucrats can keep their jobs?

I recommend this show despite my one complaint. The writing is superb, the acting well done, and the premise is interesting. I'll probably start watching season two on Monday since I'm busy this weekend.
Posted by S. Evan Townsend at 10:27 AM