A Book I loved and One I Didn't. 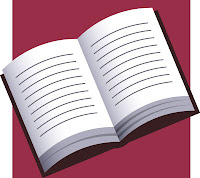 Back to the thirty day blogging challenge. The next prompt is "What tattoos you have and if they have any meaning." I have no tattoos because I've never figured out anything I want to permanently etch into my hide.

A book I love (other than my own books) would be Starship Troopers by Robert Heinlein. Often dismissed as a sort of fascist fantasy, Starship Troopers is probably Heinlein's best juvenile (what we'd call YA today). Heinlein describes a society bereft of hypocrisy and what today we call "political correctness." It is a pro-military novel, talking about how men (it was the 50s) stand between their homes and any threats (in this case, the "bugs"). Even though it's a juvenile, I first read it as an adult (while I was in the military) and have read it multiple times since. Yes, Heinlein stops the narrative dead to lecture the reader. But the lectures are interesting, too. You may not agree with Heinlein's view of the world, but you can't argue with the skill he used describing it. And if you've only see the silly movie, you really don't know this book.

A book I didn't love (or even like much) was Mother of Kings by Poul Anderson. Mother of Kings is my least favorite book by one of my favorite writers. While it has a few fantasy elements in it, it is mostly historical fiction based on a real life person. Anderson took a chance and wrote it in a very archaic style, which was hard to read and slow to comprehend. And the book is long. Now if you want a tour of Viking culture, you might enjoy this. But not much really happens in the book, and the main character, a conniving woman, isn't a very likable person.