It's not a Bug, it's a Feature

I recently got an iPhone 6 and found it had a bad habit. If I touched (not pressed) the home button multiple times (like, if I were thinking about what I wanted to do next), it would drop the icons down on the display like this: 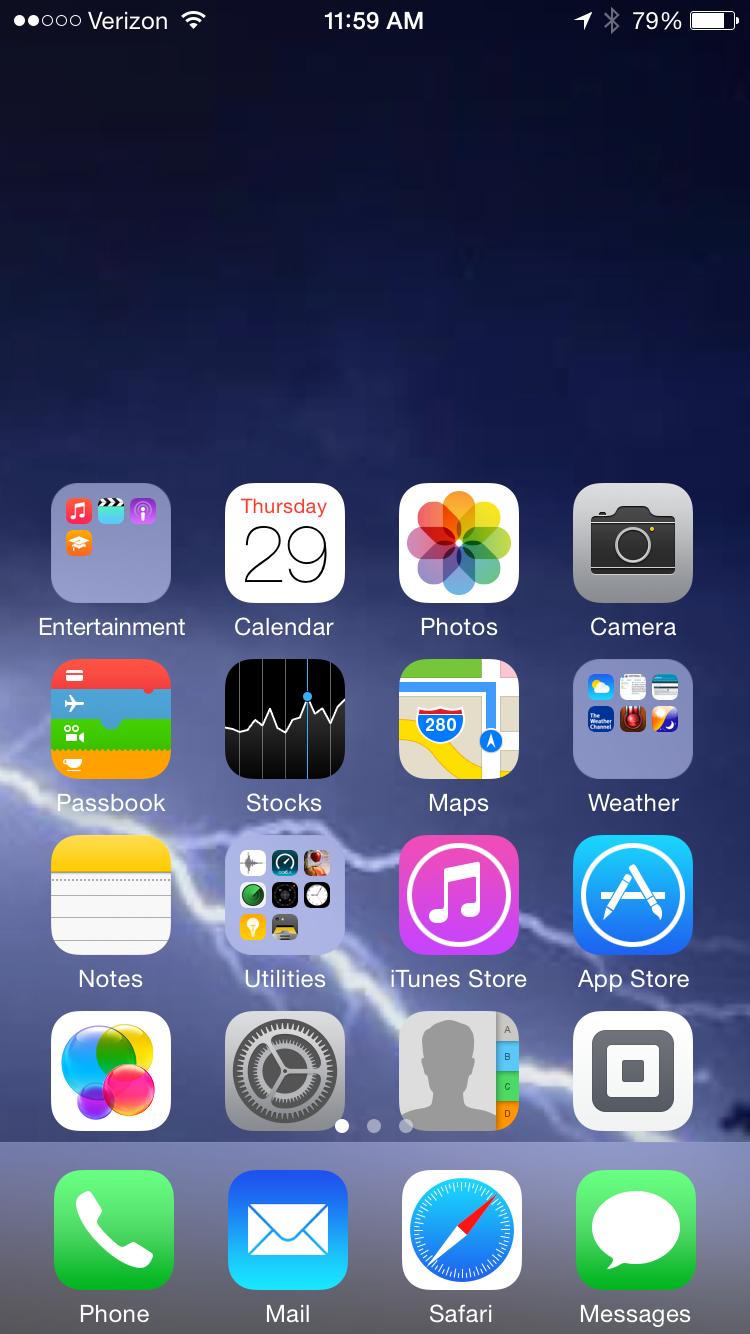 Which I found very annoying. I was amazed Apple would ship a product with such an obvious bug in it and assumed an iOS update would fix it at any time.

Tuesday there was an iOS update (to 8.1.3) and I thought finally that would fix the problem. But it didn't. And I was still annoyed.  I texted my friend Sare that that update didn't fix this bug. She also has an iPhone 6.

"It's not a fault," she texted back. It was a feature.

So I Googled and sure enough, it's called "Reachability" and it's designed so that you can reach the top row of icons while holding the phone and using your thumb to touch the screen.

So I again Googled how to turn it off. It's easy. Go to Setting>General>Accessibility and scroll to the bottom where it says "Reachability" and turn it off: 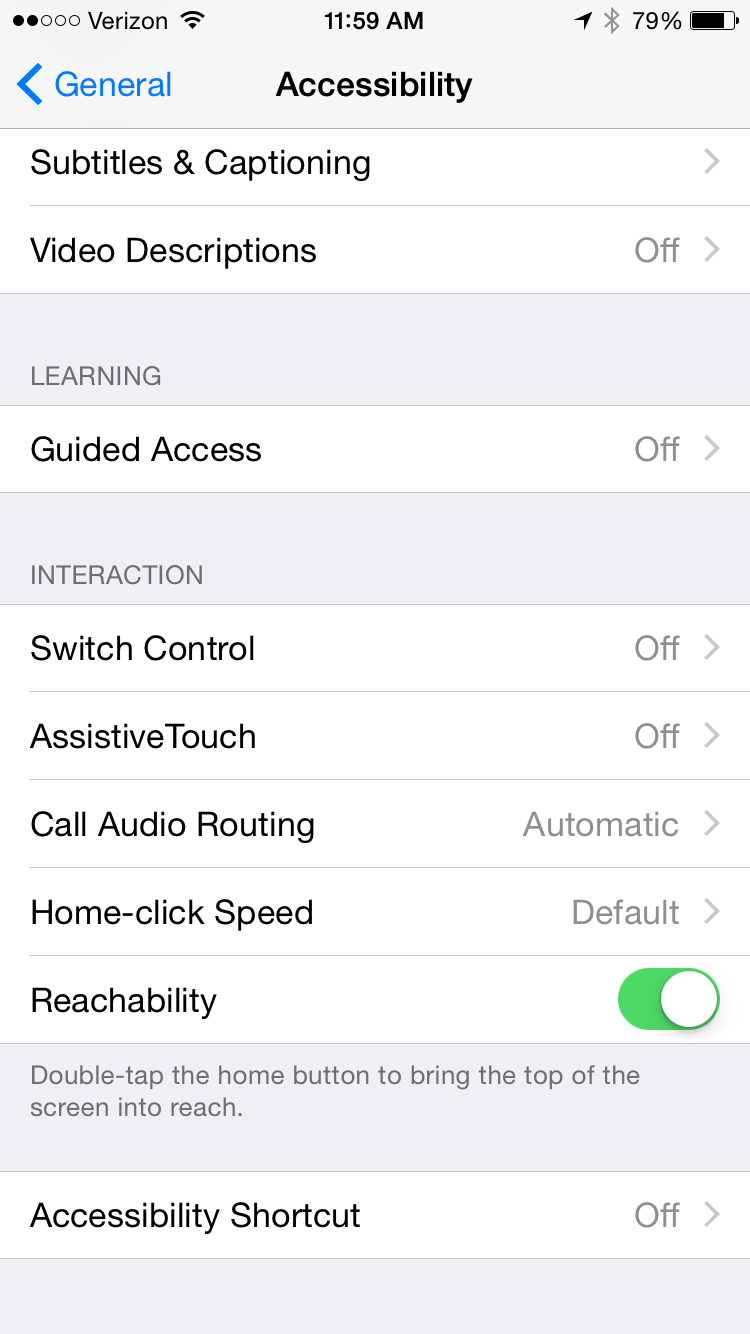 So I turned it off. And, yay! it doesn't happen anymore.

I really think Apple should have shipped the phones with this feature turned off. Either that or put "Reachability Mode" at the top of the screen when it was activated so users will know it's not a bug, it's a feature.
Posted by S. Evan Townsend at 12:11 PM