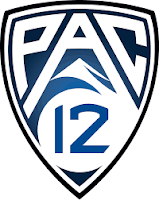 College football starts soon. And I am, of course, rooting for the University of Washington Huskies (Go Dawgs!) The Huskies play in the Pac-12 conference and there are some rivalries and teams I outright hate in that conference.
For football, the Pac-12 is divided into two divisions each with six teams. They are the Pac-12 North and the Pac-12 South. The winner of each division plays in the Pac-12 Conference Championship game.

First, I loath the Oregon Nike Ducks (Pac-12 North). They are my most-hated team. Mostly because they usually beat the Huskies. But also going back to when the Huskies had some minor recruiting violations, Oregon led the way for the Pac-12 to discipline the program even when the NCAA said there was no need for that. I will root against Oregon no matter who they are playing. Even the Cougs.

In second place, is the Washington State University Cougars (Pac-12 North). They are my second most-hated team and a cross-state rival. We beat the Cougars a lot, but of course, it's a cross-state rivalry. I'm required to hate them.

In third place is USC Trojans (Pac-12 South). They are just so arrogant. Even when they lose.

In fourth place is the Stanford Cardinal (it's a color and Pac-12 North). For some reason, we have trouble beating them.

In fifth place is the Utah Utes (Pac-12 South). They are a tough team to beat.

Finally, in sixth place is the University of Arizona Wildcats (Pac-12 South). They are (usually) a tough team to beat, especially when they play at home. Predictions are they won't be very good this year.

And the rest of the teams, including Pac-12 North teams Oregon State and California and Pac-12 South Teams Colorado, Arizona State, and UCLA I don't have much feelings toward. Except, of course, I always want to beat them when the Huskies play them.