Why Do (Most of Us) Drive on the Right Side? 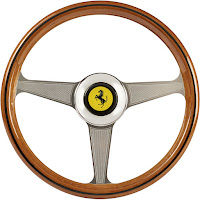 This is based on one of my first Toastmasters speeches.
In most of the world, we drive on the right side of the road. There are exceptions, most notably the UK and Australia.

But why the right?  And what do Napoleon, Hitler, and early 20th century manners have to do with the way you drive?

They all influenced which side of the road you drive on and help to explain why most countries drive on the right side but some drive on the left.

Driving on the left side of the road with right-hand drive actually makes more sense, especially if you're right handed and drive a stick.  You can shift with your left hand and steer (the more critical function) with your right.  And since most people are right handed, this would be the best set up for most drivers.   But today, about 2/3rds of the world's population drives on the right side and 1/3 on the left.

An interesting situation I noticed when visiting there is the U.S. Virgin Island of St. Thomas where they have left hand drive vehicles like in the U.S., but drive on the left side of the road like in the U.K.

Some say regulations about which side of the road to travel on date back as far as 1100 B.C. when Chinese law declared the right side of the road was for men, the left side for women, and carriages take the middle.  It is unknown how many head-on collisions this caused.

For centuries, people passed each other on the right and travelled on the left.  This was, some say, because in both Western and Asian cultures, the left side of the body was considered "dirty" or "sinister."  Or it may have been people wanted to have their strong hand (and weapons) closer to the stranger they were passing on the road.  Knights would pass on the left (and joust on the left) to keep their strong arm ready for battle.

But Napoleon changed that.   Imagine two columns of soldiers marching toward each other, pikes and bayonets slung over the right shoulder.   Passing on right, these weapons would become entangled, chaos ensue, and that deadly enemy in war, delay, take hold.  So Napoleon decreed his soldiers would march on the right and pass on the left.

As we all know, Napoleon conquered, for a while, a great deal of Europe, including Germany.  And he brought his "drive-on-the-right" standardization to the countries he invaded.  Hitler took drive on the right to more countries as he conquered Eastern Europe.

The British, neither conquered by Napoleon nor Hitler, to this day drive on the left, so do most of its former colonies (American probably had more of an influence on Canada's driving habits than Mother England although some maritime provinces and British Columbia initially drove on the left).

But what about America?  We weren't conquered by Napoleon or Hitler, either.  Yet we drive on the right.  No, we were conquered by mass production and the Model-T Ford, which had left hand controls.  And left-hand controls means driving on the right.   Why did Henry Ford choose to give his mass-produced car left-hand drive?  According to a sales brochure it was for the convenience for passengers exiting directly onto the curb, "especially... if there is a lady to be considered."  With the popularity of the Model T, other car makers had no choice but to standardize on left hand drive.

And, America, being the biggest economy and biggest producer of cars after World War II, most likely spread drive-on-the-right to most other countries.

An interesting note: in Italy, sports cars were often produced with right hand drive because that was considered the proper set up for racing, in case the car was ever to be raced.  This despite Italy being a drive-on-the-right country.

And that's probably more than you wanted to know about why Americans drive on the right.