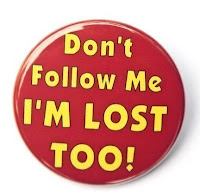 I don't do politics on this blog (except when I talked about studded snow tires and getting rid of the penny).

But 2020 is an election year so we have to go through the annual rite of caucuses and primaries and the horse race. The Republican nominee is pretty obvious at this point, but the Democrats have a long slog ahead of them. It could go to the convention that starts on July 13th (It's in Milwaukee). We just went through the Iowa caucuses (and what a mess that was!). Now it's on to the New Hampshire primary.

It's different than it was when I was a kid, before cable news. When I was a kid, every four years my favorite television shows would be preempted for the Olympics and the presidential election coverage. Now cable news does most of the election coverage (they have to fill those 24-hour news cycles) and my favorite shows aren't on the major networks (ABC, CBS, NBC, and Fox) that also do election coverage. Now days you can, if you choose, ignore politics. You couldn't in the '60s and '70s. (You shouldn't do that today.)

So, I'll watch a little political coverage (I used to be a political junkie, even watching the conventions for both major parties) and see if anything is interesting. But mostly I'll just vote in the Washington primary and the general election. And watch Better Call Saul.

What are your plans this election year for paying attention to politics. Ignore it until Labor Day or watch every moment of political coverage you can? Or something in between. Let me know in the comments below!
Posted by S. Evan Townsend at 6:00 AM