In Part One of this series, we had pictures of the lovely Lake Louise. But Lake Louise was right outside my hotel window.

On this trip we also did a lot of driving around to see sights. In fact, during the whole trip we put 1,589 miles on our car. Of course, that included driving there and driving back.

As I stated in Part One, the weather was not ideal, often cloudy and sometimes rainy. Occasionally this gave a nice picture with low clouds against the mountains. But often it did not.

The first day we first went to Moraine Lake which is near Lake Louise. It looked pretty despite the low clouds: 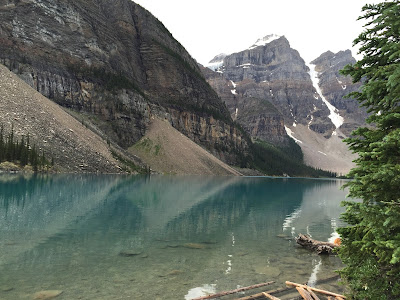 After that, we took a drive down the Bow River Parkway which went the Lake Louise to Banff. And I snapped this picture: 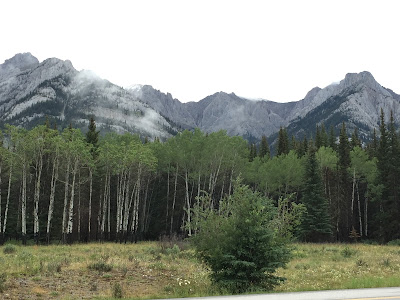 Banff was touristy and crowded and I wasn't very impressed. So we drove out to Lake Minnewanka and I took this picture: 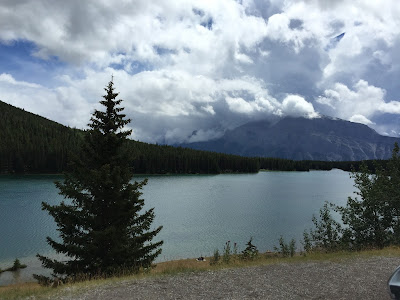 (You may note I didn't even bother to get out of the car.)

We returned to the hotel because it started raining and I snapped another picture of Lake Louise: 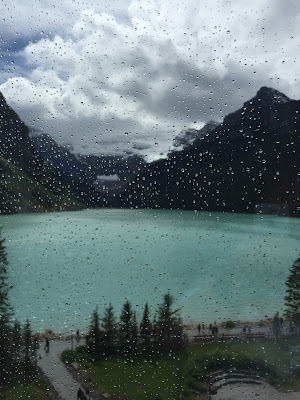 In Part Three I'll show pictures from out journey into Jasper National Park.