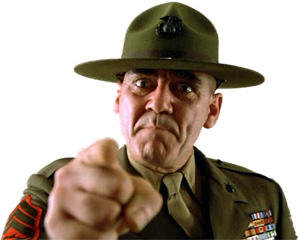 Why do you write?  Ask fifty writers and you'll probably get fifty different answers.  A lot of them will probably say they enjoy it and it's fun.  And it is.  As a writer I'm sure you don't stare at a computer screen, avoid all human contact, and risk carpal tunnel syndrome simply because it pays the bills (boy, it does not pay the bills, am I right?).   You love it.  You don't know what you'd do if you'd couldn't write.

But writing, at least professionally (and if you are selling books even as an indie, you are writing professionally) is a job.  Sorry.  And like all jobs, it has some unpleasant parts.

One thing I hear from a few would-be writers is "Oh, I've got a thousand things started but nothing's finished."  Why don't they finish what they start?  Because they get a new idea and start working on it.  It's a lot funner to work on the new idea than to drudge through and get the previous idea finished.  What these writers lack is discipline.  And successful writing requires discipline.

For instance: I am currently working on a western/fantasy mashup that is in the same world as my Adept Series (the first novel of which is Hammer of Thor).  But last Tuesday as I was showering I had another idea for a science fiction novel.  And I found myself writing scenes for it in my head and plotting it out.  And I thought about a scene I had written many years ago, a vignette really, that I could incorporate into this novel.  And . . . what about my western/fantasy?  Well, I'm about 22,300 words into it (of a goal of 60,000) and it's sort of bogging down and I need to figure out some stuff and boy would it be more fun to work in the science fiction novel.

But I can't.  I have to be disciplined.  I have to finish the western/fantasy and then go back to the science fiction piece.  So I wrote the first scene I had in mind for the science fiction novel, took some notes, did some preliminary calculations to see if I was out of my mind on the science, and now I'm setting it aside until I finish the western.  Is that the funnest thing to do?  No.  Is it what's required.  Yes, if I want to be a successful writer.  It is what being disciplined means.

Being disciplined as a writer means you do the less-than-fun-stuff in addition to the fun stuff.  You drive through and finish your current WIP before starting another.  You get the edits done on your WIP before you work on your next project.  You keep pushing and working on that novel until it is published.  Yes, you might start a new WIP while you're waiting for beta reads or your publisher to get back to you with edits.  But you keep working.  As I said, writing is work; it is a job.

Because if you're not disciplined and you don't get the book finished and published, you aren't a writer, you're a tinkerer.
Posted by S. Evan Townsend at 5:00 AM