Daylight Saving Time is Bad for You 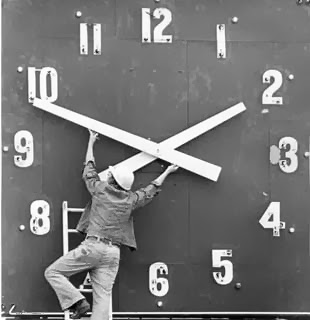 (Some of the links don't work anymore)

Over the weekend we all (well most Americans and some Canadians) did our annual ritual of "springing forward" and turned our clocks one hour ahead.  Daylight Saving Time (DST) was expanded in 2007 by a 2005 act of Congress in the hopes of saving energy.  It doesn't save energy and in fact probably costs energy and you money.  Laurent Belsie writing for the Christian Science Monitor's "The New Economy" blog tells about a study that shows DST is an energy and money waster:


The move to Daylight Saving actually used 1 percent more electricity than if people stuck to Standard Time, according to a 2008 study on residents in Indiana. In other areas of the United States, the time change could cost people even more.

Indiana is a special case because a lot of the state didn't observe DST until recently.


While Indiana residents saved on lighting by switching to Daylight Saving Time, they spent even more on extra heat and air-conditioning.
During the colder months of Daylight Saving, Indiana residents turned up the heat because they were getting up an hour closer to the coldest part of the night, the researchers found. In the summer months, they cranked up the air-conditioner because they were getting home an hour closer to the hottest part of the day.
The extra electricity cost for Daylight Saving: $3.29 per Indiana household per year or $9 million for the state as a whole.

And if you live where it's colder or hotter than Indiana, you're probably spending more.
But it's not only that DST doesn't save energy and does cost you money: it's dangerous, too.  John Miller in a National Review Online piece tells how dangerous (link original):


According to Stanley Coren, a sleep expert at the University of British Columbia, the number of traffic accidents and fatal industrial mishaps increase on the Monday after we spring forward. (Check out one of his studies here.) The reason, presumably, is because losing even a single hour of sleep over the weekend makes a lot of people a bit drowsier on what we might usefully call Black Monday. Unfortunately, there's no compensating effect of a super-safe Monday as we go off DST and "fall back" in the autumn.

Sounds like a typical government program: costs you money and is deadly.

Maybe the best idea would be to scrap the whole thing.
Posted by S. Evan Townsend at 11:20 AM