The Future of Books 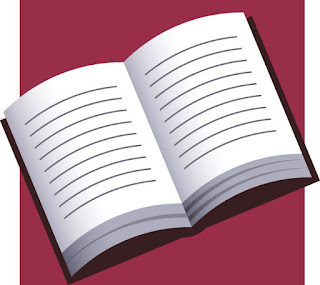 For 500 years the book reigned supreme as the way to store, keep, move, and learn stuff.  Books did two things: they made memory permanent and information democratic.  You could find a book and learn.  You didn't have to find an old person whose memory might be faulty.  And it made knowledge democratic, not the sole domain of the cabal of the lucky few (call them the knowledge 1%) who could afford manuscripts.  Books became cheap and plentiful thanks to Gutenberg.  And people became knowledgeable.  It broke the back of feudalism and the Catholic Church's monopoly on God, both of which ended the dark ages and led to the Renaissance.  This led to the Enlightenment and finally to the liberties those of us in the West enjoy.  It is telling that one of the first thing tyrants want to control is books.

Gutenberg invented his movable-type press around 1439.  Yes, there continued to be plays, dances, singing minstrels (although the news-carrying minstrel was put out of business by the book and newspapers; good thing they didn't exist today or some government would subsidize them).  But the book was the key to learning and entertainment for five centuries.  Around 1900, movies began to be made for the purpose of entertainment.  In the 1950s television emerged.  Both of these "visual arts" competed with books.  But still books, paper books, were read by millions.

Now we live in interesting times (sort of like the old Chinese curse).  Two technologies are colliding: the ebook and print-on-demand.  Also, I can turn on my television and "stream" many movies and televisions shows on demand.  This will only get more comprehensive (I am convinced that in the future people won't buy DVDs or Blu-Rays or whatever, they will simply stream what they want to see for a subscription price or a few bucks per stream).

Print on demand technology has made it very cheap to publish a book.  Rather than having to do a full offset print run of, oh, 5,000 books at $5 a book (you do the math), you can set up a book electronically, and print one to a million copies.  This has cause a surge in "independent" authors publishing their own work (I plead guilty, I did that before I found a publisher).

And then there's ebooks.  You can "publish" your book on the Kindle for free if you do all the formatting work.  And places will do that for you for the pittance of $50 to $100.  Again, this has caused a huge surge in ebooks.

So now the problem is, how do you get noticed in the crowd.  But that's not what this post is about.

As with movies and other visual content, I think in the future people will own very few books.  Amazon already does this with Amazon Prime.  Prime members can "borrow" some Kindle books (including two of mine) for free and have them on their Kindle for a period of time.  Amazon pays the author or publisher (who is often the same person) a small amount for each book "borrowed."

Who knows where books are going (some of my thoughts here)?  The Kindle/ereader may be obsolete in 10 or 20 years.  Maybe the direct download into your brain.  But then it won't be a book, it will be a memory.  But two phenomena I think are going to happen: the virtual extinction of the printed book, and no one will own any content, they will just rent it.

It's gonna be interesting.  There's going to be a "shake out" in technology where some things will survive and some will go the way of Betamax.  And VHS.  And there might be a shake out of content providers, those who can supply the content the people will demand.
Posted by S. Evan Townsend at 8:00 AM