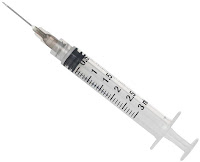 A week ago Wednesday, I had my third COVID shot, the so-called "booster." That was just over six months since I had my second COVID shot. I had the Pfizer shots.

I discussed with my doctor if I should have this booster shot. I'm not over 65 but I do have health issues that qualify me for the third shot. He said I should have it.

I made an appointment through my county health district website to have the shot at a Walgreens. When I got there, I discovered having an appointment meant nothing. When I told them I had an appointment at 10am, they said, "Get in the line." There were five people ahead of me who apparently didn't have appointments.  I finally got my shot about 10:30 and then had to wait 15 minutes (I waited about 13 minutes). I got in before some of the people in line in front of me because I had my paperwork all finished and ready to go. I expected to have my shot shortly after 10 and be out of there by around 10:15. I was there for 45 minutes. Thank God they had a public bathroom.

I felt fine except for soreness at the injection site which is common with any inoculation. But almost exactly 24 hours after getting the shot, I felt nauseated and had a mild headache. I was still able to eat and never vomited. Those were the only side effects I had.

I'm just hoping in six months I don't need another "booster." Or is COVID going to be like the flu and you need an annual shot for it.

How do you feel about the booster shot? Did you or would you get one if you're eligible? Let me know in the comments below.