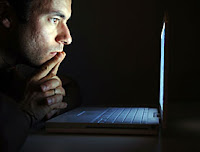 Back in September of 2017, I wrote about doing research on novels. Well, I'm going to do it again.

When I was a kid, my mother and I were watching something on television. She caught a factual inaccuracy in the program. And she said, "I hate when writers don't do their research. It insults the intelligence of their audience." At the time, I don't think she knew I wanted to be a writer.

I've always remember that so I always say that unless you lived it, you can't do enough research. And even then you might have to do some. I could write a novel about being in the Army at Fort Ord, California in the late 1980s because I lived it.

You can't do enough research. But what you can, and shouldn't do, is show off in your writing how much research you did. "I learned this neat little fact about Fort Ord, I'm going to put it in the story!" No! Unless it's germane to the narrative, don't do it.

Now, with the internet and Google et. al., it's very easy to do research. I remember going to the Seattle library to look at maps for a story I was writing. But with online sources,  you have to be careful. You might run into someone's biased views. Especially on Wikipedia.

In my novel, Agent of Artifice, my hero travels to Key West and the southern most point in the

Continental United States. And I wrote about the waves lapping at the sand. Because I was unable to find any information on what the shore was like, so I assumed a beach.

Then I took a business trip to Miami and decided to drive to Key West to see this for myself. I found out two things: 1) the "southernmost point" is only the southernmost that's accessible. There's a Navy base that has farther south points.  And 2) there's no sand. There's rocks. So I had to change that in the novel.

So do your research and do it well. Or some reader might catch you in an error. And you don't want that.

But... Don't do research and never do the writing. Because that's the point: to write.

How do you research your writing? Do you think it's important? Let me know in the comments below.