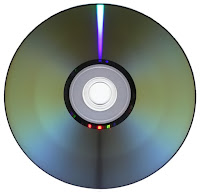 You may not realize this, but Netflix still does disc service where they send you a disc through the mail, you watch it, and send it back. This was their original business model before they got into streaming.

And I still use it. It's how I see most new movie releases. I haven't been to the theater since Incredibles 2 and that was June of 2018.

But the disc service has gotten more and more frustrating and I'm worried Netflix might shut it down. If that happens, I don't know how I'm going to see new releases. Maybe have to figure out RedBox

When I first got Netflix twenty or so years ago I sent discs to Tacoma and that's where they came from. Then I started sending them to Spokane. Spokane was great because it only took one day to get there and one day to get back. Tacoma was two or three days. I'd mail them on Friday and have discs back on Tuesday or Wednesday.

Then Spokane shut down so I was sending discs to Tacoma again. It took a little longer to get discs.

But a bit ago, Tacoma must have shut down because I'm sending discs to and receiving them from San Jose, CA. Which is about four days each direction.

Netflix has done one thing to help: somehow it gets notified that the disc has been sent and then they send out the next disc. But it still takes 5-6 days to get a new disc. And holidays don't help. For example, Columbus Day made it so I got discs on Friday rather than Thursday when I sent them back the Friday before. Annoying.

But as fewer and fewer people use the disc service, Netflix needs to consolidate. I understand that. It's just damn inconvenient for me.