Today on the Speculative Fiction Cantina we are proud to welcome Sabrina Chase and John T. Biggs.

Sabrina Chase started seriously writing science fiction and fantasy while working on her doctorate in physics, and now has nine completed novels, several short stories, and another novel in progress. Her physics research included stints at the Naval Research Laboratory in DC, Brookhaven National Laboratory, UC Berkeley, and Ames Laboratory – but now she works in the software industry which has much less radiation. She lives near Seattle in a retrofitted 1930’s WPA bunkhouse with a feline supervisor and a few critical crows that visit now and then.

The Scent of Metal

I’m a broad spectrum writer with about 60 published pieces of short fiction published in a wide variety of magazines and anthologies, and two (soon to be three) novels and a tightly linked short story collection published by small houses (Pen-L Publishing, Oghma Creative Media). Most of my fiction includes a magical element and that element with a strong Native American connection. The tribes I draw from are usually the so-called Five Civilized Tribes who were the first to be removed to Oklahoma. All but one short story take place in modern times. When I moved to Oklahoma and started interacting with the Native American population, I learned that mysticism is still alive and well among the tribes.

I’ve had some luck with contests, especially with short fiction. I’ve won a People’s Choice award from the Storyteller magazine, a Crème de la Crème award from a regional writers conference, third place in the Lorian Hemingway short story contest, and (most notably) Grand Prize in the 80th annual Writers Digest competition. My novel, Popsicle Styx was finalist for the Oklahoma Book Award. 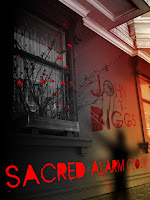 From Today;s Show: Space Elevator Made of Diamonds.