Now Available for Pre-Order: The Terror of Tombstone 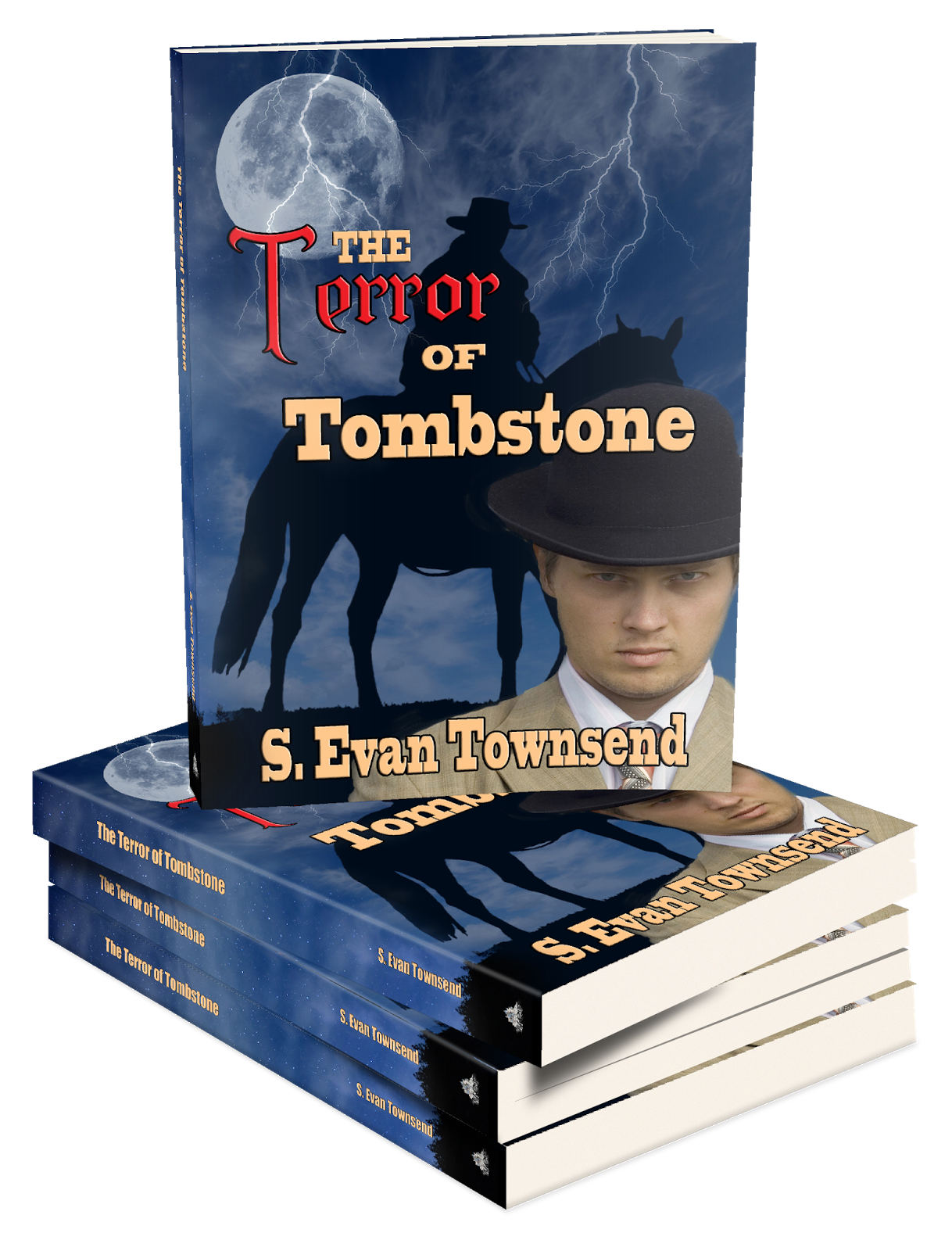 My latest novel, the Adept Series western, The Terror of Tombstone, is now available for pre-order on the Kindle.

Abel Lewis is a city slicker and a dandy and completely out of his element in the frontier of 1881 Arizona, nursing saddle sores and wishing for a soft bed. But Lewis hides a skill, and as he seeks to find an evil power in the deserts and small towns of the Southwest, he'll need all his abilities and all his cunning to survive. And a friend with a Winchester is mighty useful, too.

From Tombstone to San Francisco, Lewis is on the trail of a dark force that has its own devastating plans for the Old West. Will Lewis survive his confrontation with the over-powering malevolence of the terror of Tombstone?

Be the first on your block to get this exciting fantasy/western.
Posted by S. Evan Townsend at 4:16 AM